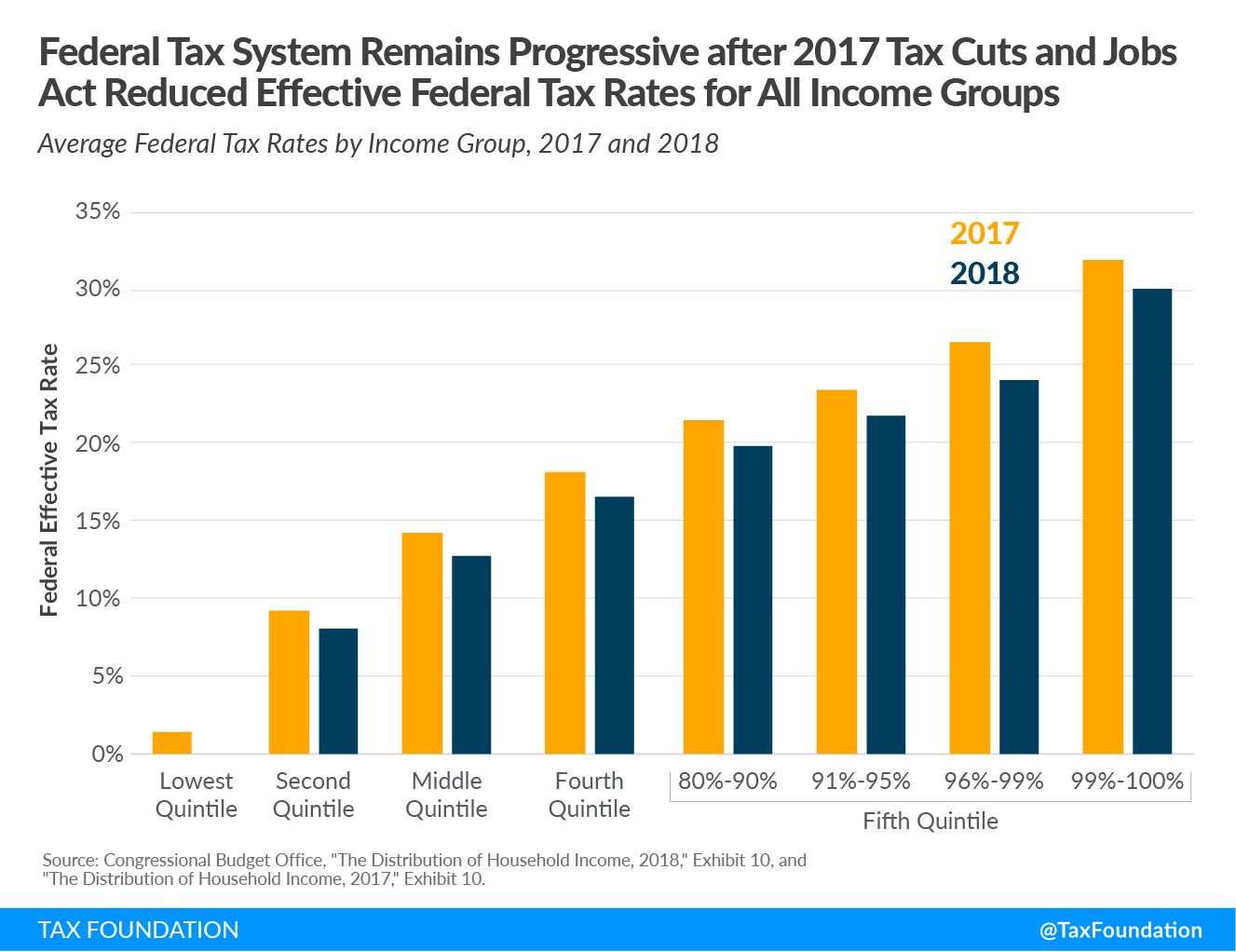 Wednesday, the Congressional Budget Office (CBO) published its annual analysis of the distribution of American household incomes and tax burdens, this time for 2018, the year after the Tax Cuts and Jobs Act (TCJA) was enacted. CBO data shows that the TCJA reduced federal tax rates for households across every income level while increasing the share of tax paid by the top 1 percent. Showing how the TCJA impacted household taxes is important to consider as policymakers debate whether to reverse key aspects of the 2017 tax law.

CBO found that average federal tax rates fell for households across the board because of the TCJA’s individual income tax provisions, including the doubled standard deduction from $12,400 to $24,800, reduced income tax rates, and expanded child tax credit (CTC). High-earning households saw a reduction in their effective tax rates primarily from the corporate tax rate dropping from 35 percent to 21 percent and tax reductions for pass-through firms.

CBO data also shows that average tax rates remained within their historical ranges in 2018. The top 1 percent’s 30.2 percent average federal tax rate was only slightly below the average for 1979 to 2017 (30.6 percent), and the average rate for the bottom 20 percent in 2018—about 0 percent—is well below its 1979 to 2017 average of 6.6 percent. The near zero rate for the bottom 20 percent is because the expansion in refundable tax credits over the past 40 years has driven down average tax rates for low-income households. 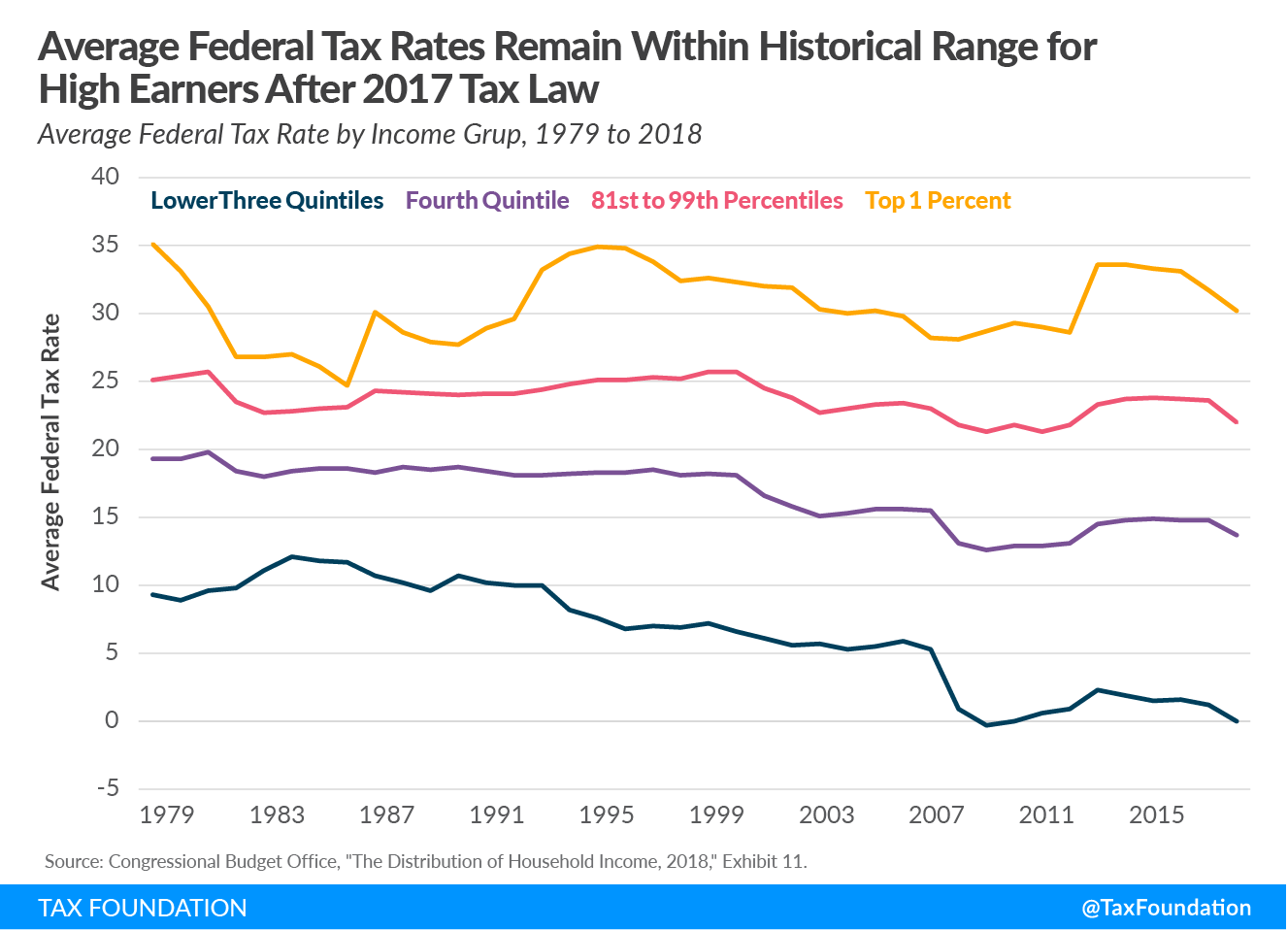 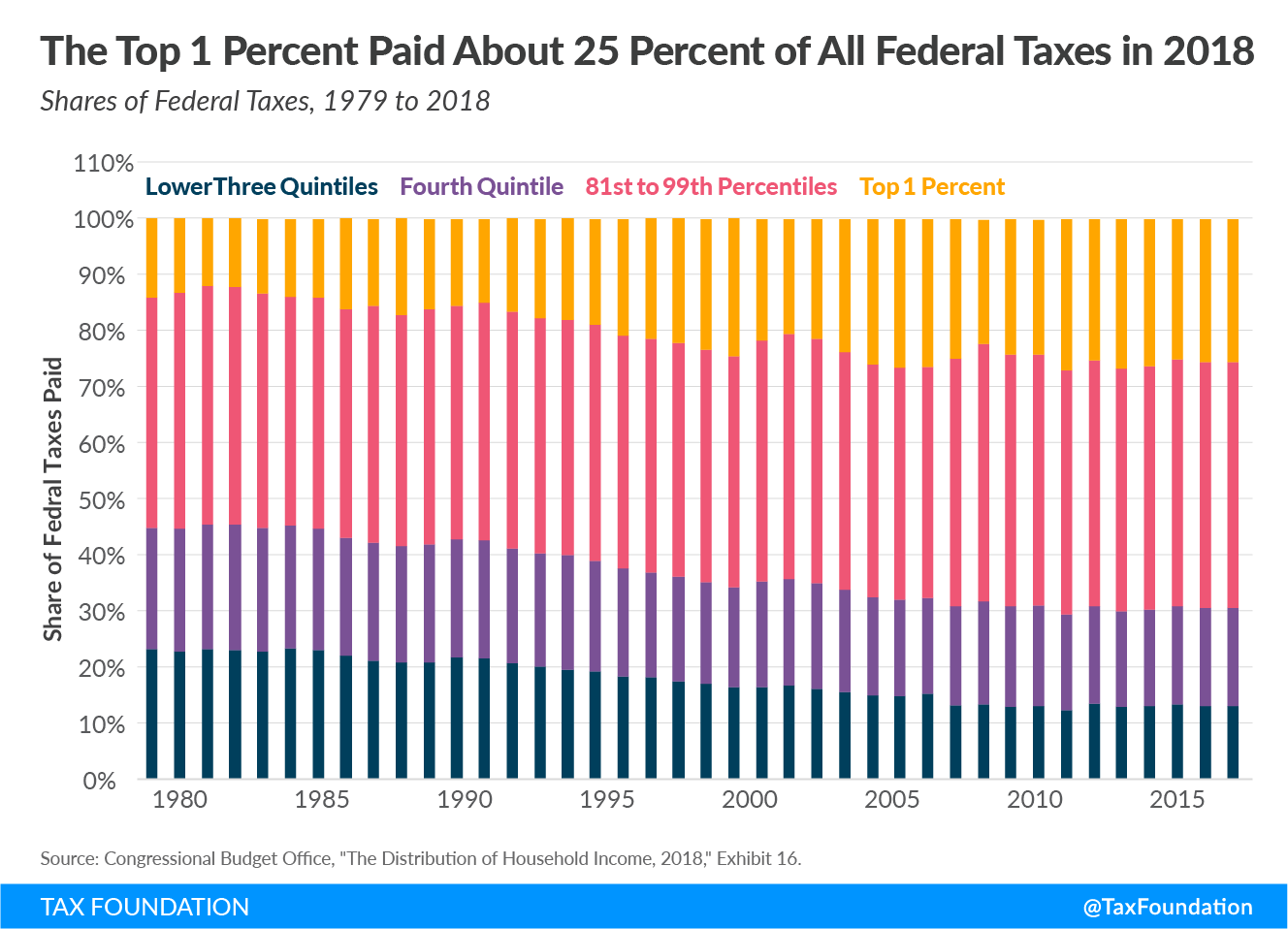 The expansion of the standard deduction, elimination of taxpayer exemptions, and limitations on itemized deductions such as the $10,000 cap on state and local taxes (SALT) tended to reduce the average federal tax rate paid by the bottom 60 percent of households, but raised the average tax rate for the top 40 percent of earners. This is because “the increase in the standard deduction was generally larger than the effect of removing the taxpayer exemptions” for lower-income households, while higher-earning households are more likely to itemize their deductions and run into itemized deduction limits. These households tend to have higher marginal tax rates they are deducting against, too, which means they benefit more from those deductions.

Combined, the TCJA’s individual provisions reduced federal tax rates by 1 percent for the bottom income quintile and 1.3 percent for the top 20 percent of households. CBO finds that the overall impact of the TCJA’s individual and corporate tax changes reduced average tax rates by about 1.3 percentage points in 2018. The business provisions within the TCJA reduced the top 20 percent’s federal tax rate by 2.7 percentage points, partially because business income tends to be earned by higher earners. 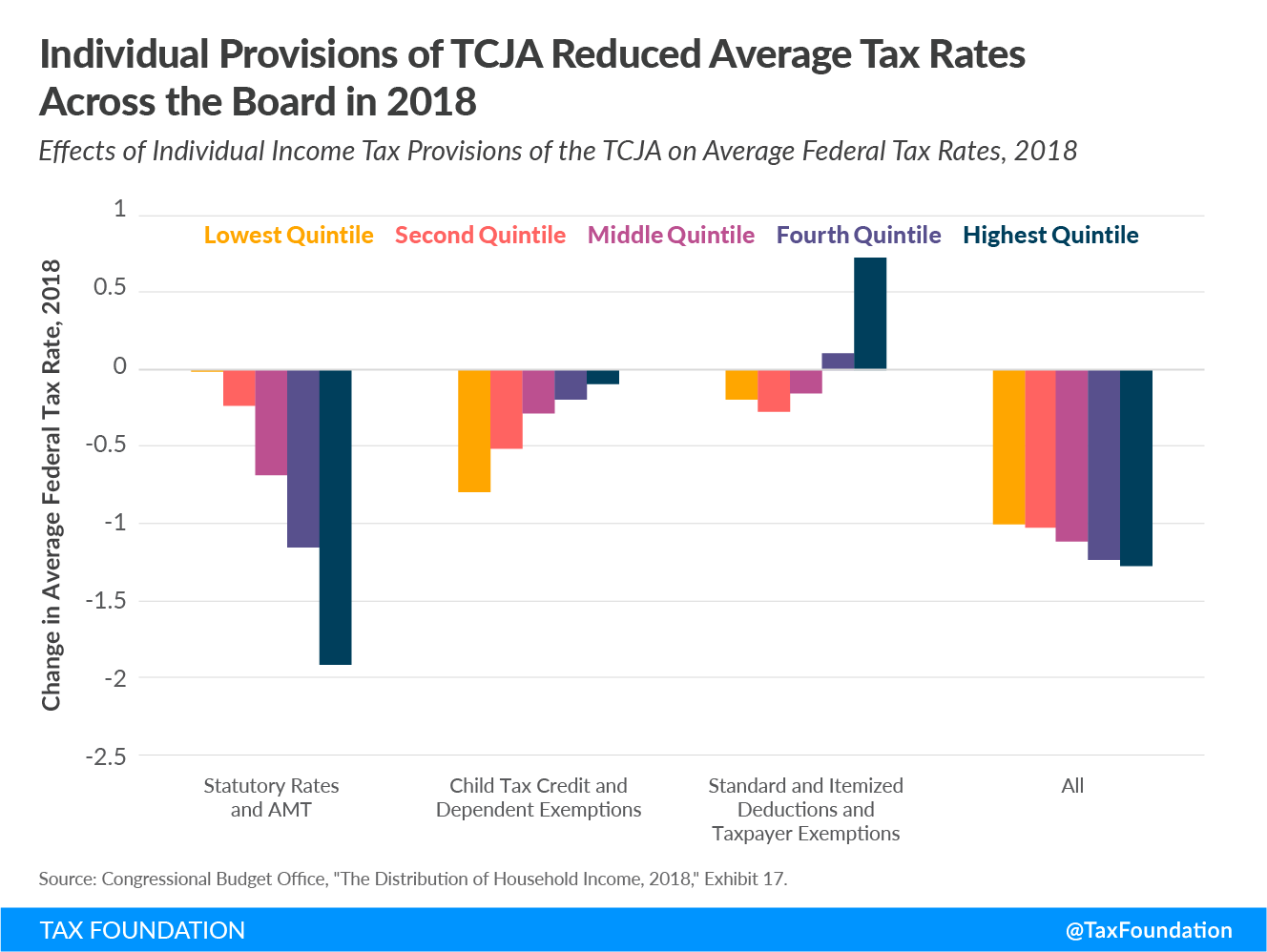 Ford claims No. 2 spot in EVs behind Tesla – but gap remains wide
Airbnb launches platform allowing renters to host apartments, partnering with major landlords
‘It’s a work in progress.’ How Covid has changed the life insurance marketplace
The Flight To Decentralised
Stealing A Page From Amazon’s Playbook