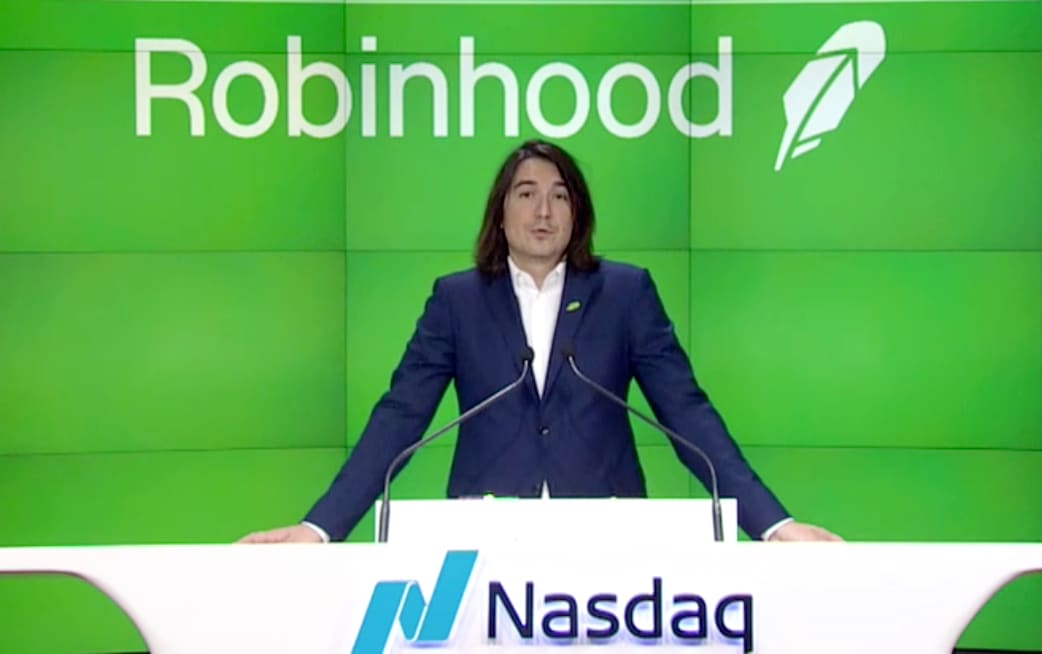 Robinhood’s revenue more than doubled in the second quarter to $565 million, bolstered by a massive surge in crypto trading, the stock trading app said Wednesday.

In its first earnings report as a public company, Robinhood reported a net loss of $502 million, or a loss of $2.16 per share, within the expected net loss of $487 million to $537 million forecast by the company. The brokerage turned a profit in the same quarter last year.

Revenue surged more than 131% in the period from $244 million a year ago and was near the high range of the company’s forecast of $546 million to $574 million.

Revenue from crypto trading totaled $233 million, more than half of all the transaction-based revenue of $451 million for the second quarter. Cryptocurrency’s share of revenue jumped to more than 51% from 17% in the first quarter.

More than 60% of cumulative net funded accounts traded crypto in the quarter. In the second quarter of 2020, crypto based revenue was just $5 million.

Clients trading options contributed $165 million to and equities were $52 million of transaction based revenue last quarter. Robinhood also earns revenue off of its gold subscription service.

“For the three months ended September 30, 2021, we expect seasonal headwinds and lower trading activity across the industry to result in lower revenues and considerably fewer new funded accounts than in the prior quarter,” the company said in the earnings release.

Shares of Robinhood ticked 2% lower in after hours trading. Robinhood shares jumped 6.7% to $49.80 on Wednesday into the results.

Total funded accounts (those tied to a bank account) totaled 22.5 million as of the second quarter, in line with Robinhood’s forecast. This is up from 18 million in the first quarter of 2021, which was an increase of 151% from a year earlier.

Crypto trading, which Robinhood first introduced in 2018, has ballooned in the last few years. Robinhood offers seven different digital coins, including bitcoin, ethereum and litecoin. Dogecoin, meme-inspired token, accounted for 34% of its cryptocurrency transaction-based revenue in the first quarter.

Robinhood makes money in crypto by routing orders to market makers that the company says offer “competitive pricing” and taking a percentage of the order value. The price of bitcoin hovered around $45,000 on Wednesday, up more than 50% on the year.

Robinhood went public on the Nasdaq last month, hitting the public markets it seeks to democratize for amateur investors. Since the debut, shares of Robinhood have had a wild ride. After sinking on the first few days of trading, the company had a meme stock moment when it rallied 50% amid retail investor interest.